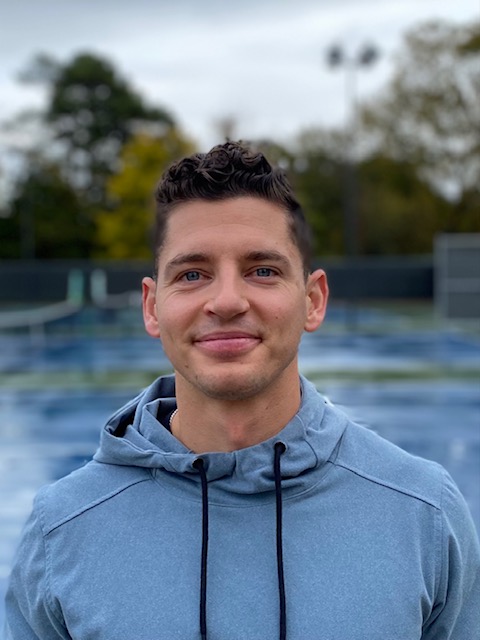 Nick Laskaris
Eldon Roark Center Director & Tennis Professional
nlaskaris@tennismemphis.org
(901) 332-0546
Nick has worked in tennis coaching and administration for more than 10 years in various settings from teaching overseas in Dubai to private country clubs and collegiate tennis. Most recently, he ran the junior development program at Indiana University. In college, Nick helped with the varsity programs at Indiana as a practice partner and team manager. He is a USPTA certified elite professional, USTA certified high-performance coach and a certified RacquetFit coach. In 2016, Nick was the Indiana Professional of the Year and in 2012 was named the Midwest Rookie of the Year. 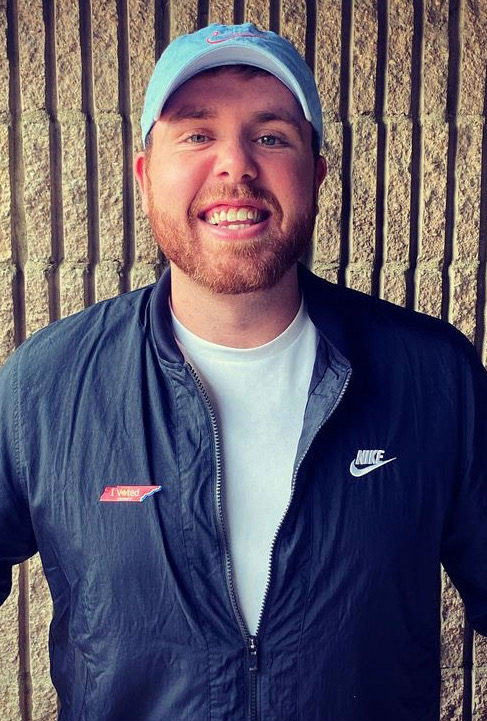 Chip Malone
Bellevue Tennis Center Director & Tennis Professional
cmalone@tennismemphis.org
(901) 774-7199
Prior to Tennis Memphis, Chip played tennis at an NJCAA level at Northwest Mississippi Community College where he made it to the MACCC semi-finals for two consecutive years. After transferring to Mississippi State University, he spent two years running an after-school sports program at Palmer Home in Columbus, Mississippi. This is where he discovered that he had a passion for coaching, mentoring and serving the community. Chip has helped Tennis Memphis partner with organizations across the city such as Girl’s Inc., Memphis Athletic Ministries, Emmanuel Center, Memphis Delta Prep, Boys and Girls Club of Greater Memphis and more. He has also had the opportunity to build the Junior Development program at Bellevue to over 175+ children. 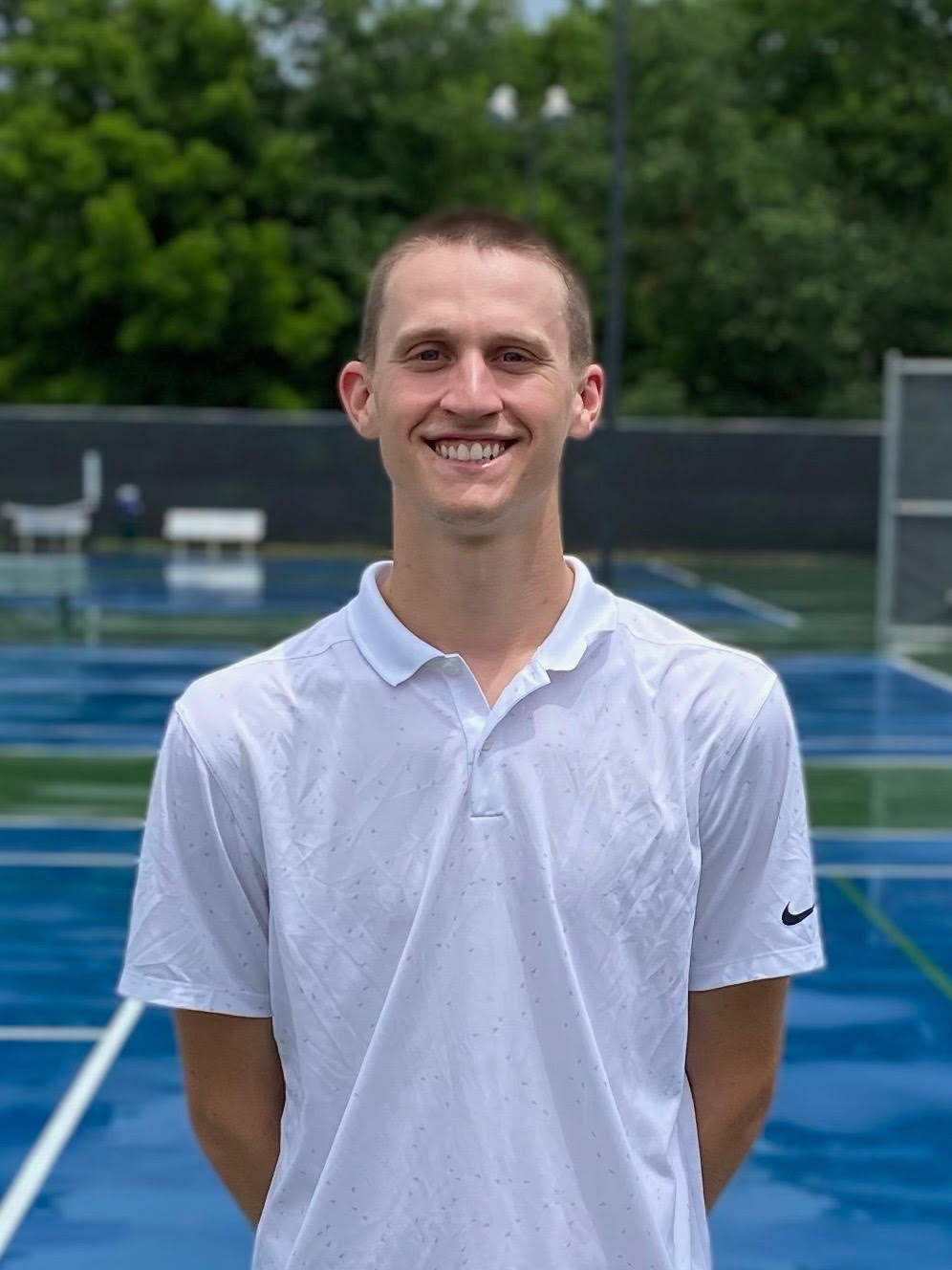 Jay Robillard
Wolbrecht Tennis Center Director & Tennis Professional
jrobillard@tennismemphis.org
(765) 749-9036
Hailing from Muncie, Indiana, Jay was first team all-state doubles for two consecutive years in high school before heading to Indiana University where he received his USPTA certification and coached for four years. When he isn’t playing or teaching tennis, you can find him on the golf course or watching sports. 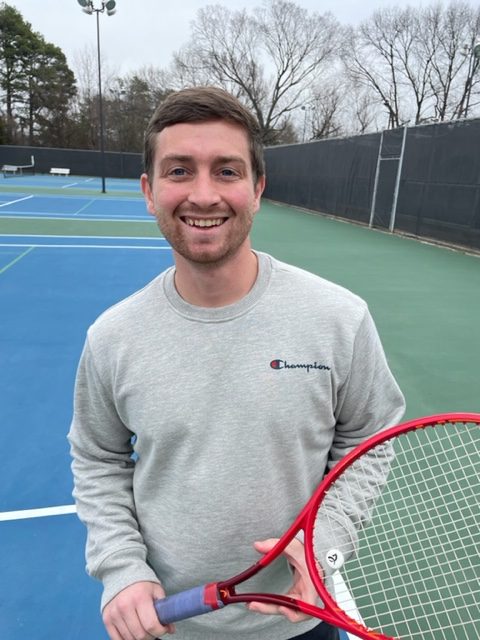 Jon Bell
Tennis Professional
jbell@tennismemphis.org
(901) 332-0546
Jon is a USPTA and GreatBase certified teaching professional that joined Tennis Memphis’s staff in the summer of 2018. Before graduating from the University of Memphis with a degree in journalism, Jon played tennis at Northwest Mississippi Community College for two years, competing in doubles and singles matches for the Rangers, which were ranked in the top 20 of the NJCAA. Since coming on board with Tennis Memphis, Jon has led Junior Development programs from Early Childhood Development to Competitive Training. He has also coached after school programming at Frayser, Leftwich, Eldon Roark and Wolbrecht Tennis Centers. Since 2021, he has led the Non-Traditional Schedule Program (NTS) for home-schooled players with high goals. 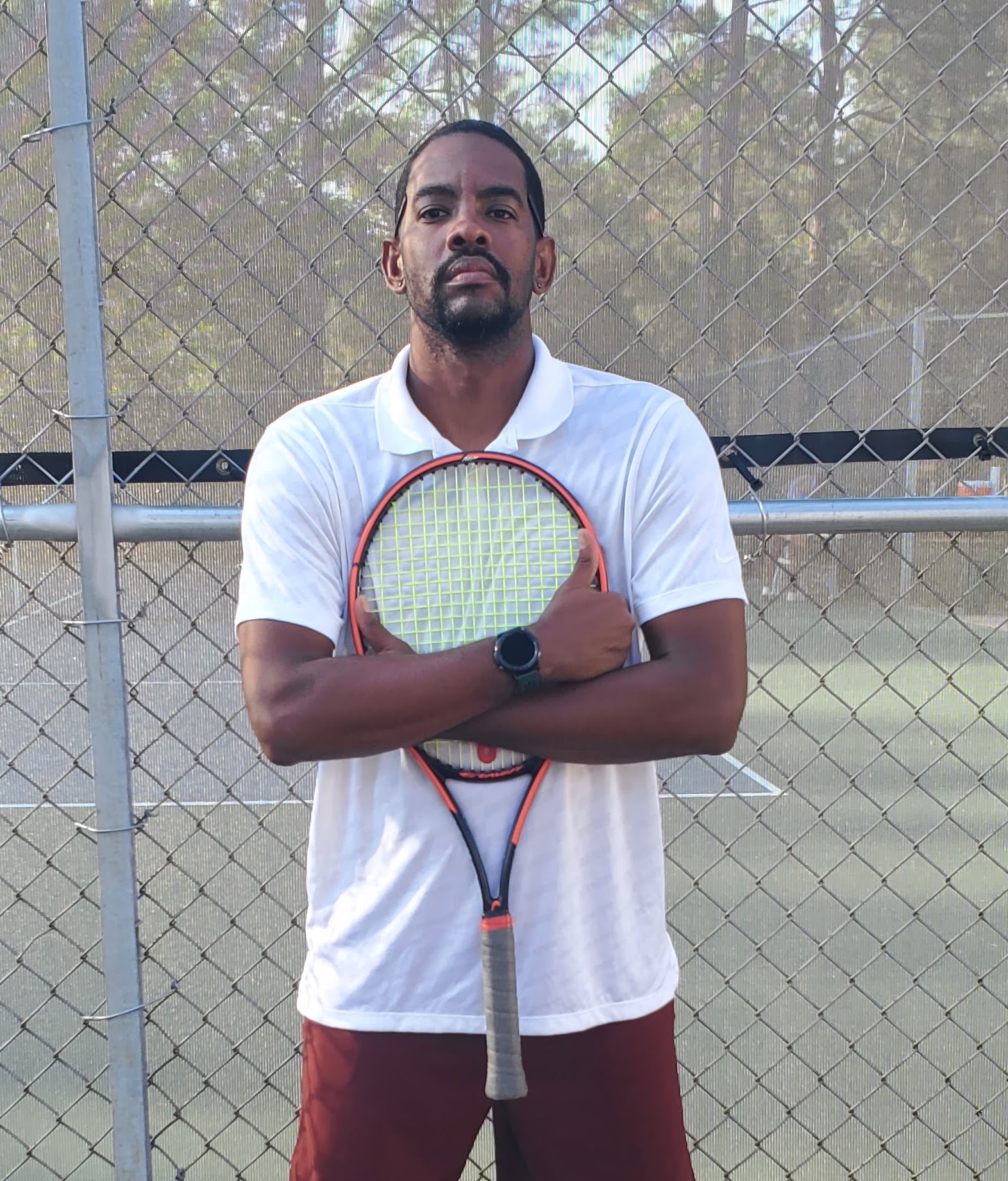 Alvin Abston
Tennis Professional
aabston@tennismemphis.org
(901) 774-7199
Alvin started his tennis journey in the early 90s as a student at one of the organizations that would eventually become Tennis Memphis – the Tennis Association for Memphis Youth. After his career as a collegiate tennis player at LeMoyne-Owen College in 2001, he worked as the assistant director of tennis at Camp Lohikan in Lake Como, Pennsylvania for six years. Alvin has been a member of the Tennis Memphis staff since 2015, working at center front desks and stringing racquets. He is happy to join the instruction ranks alongside his fellow tennis pros and help mentor and mold players across the City of Memphis. 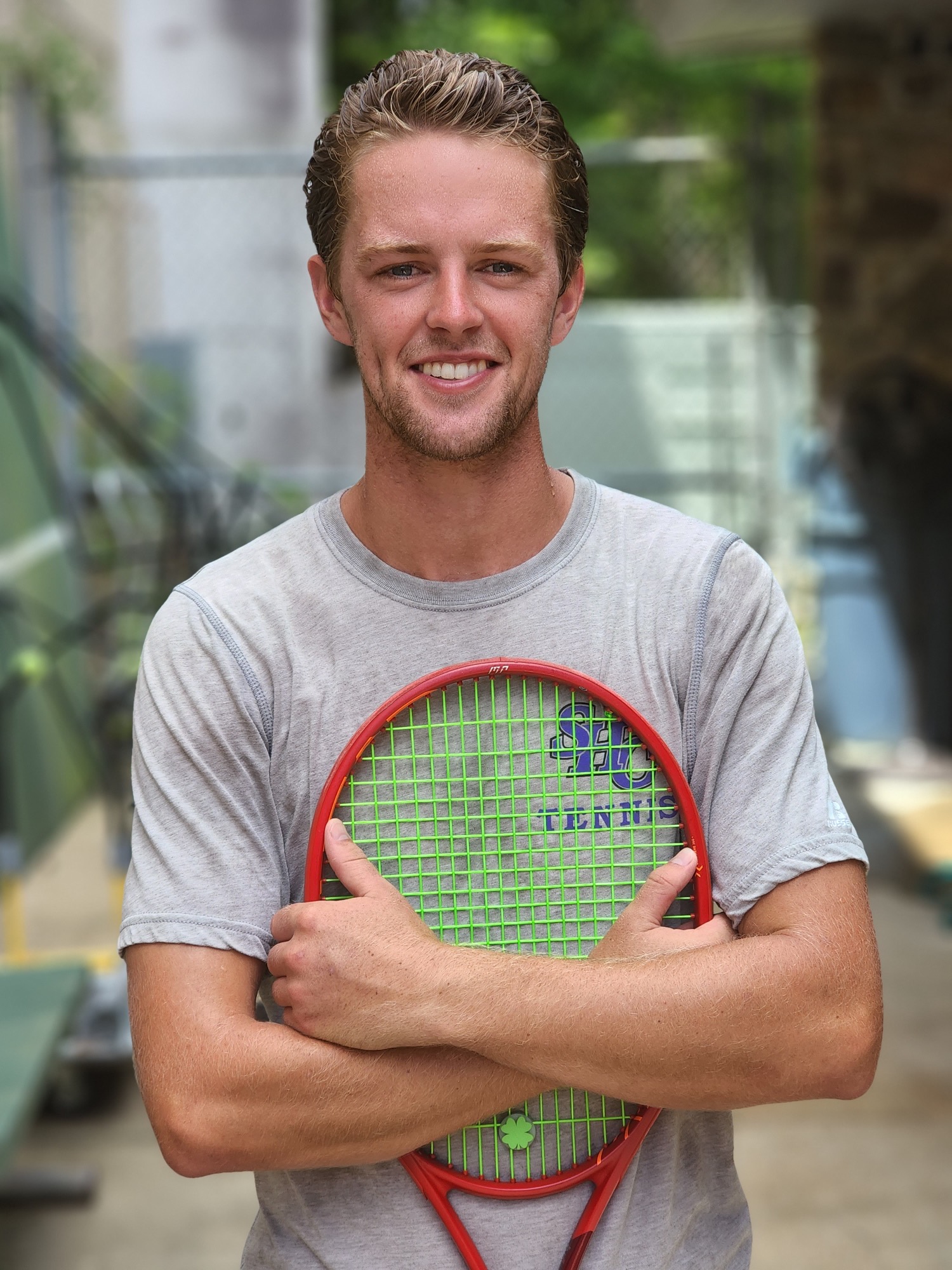 Fergus recently earned his degree from Spring Hill College in Alabama, where he was a part of the men’s tennis team and earned merits such as Spring 2022 MVP and Conference Player of the Year 2022. Fergus also attended Lander University, where he played on a nationally ranked no. 2 team in NCAA DII. Prior to Tennis Memphis, he worked as a professional tennis coach and assistant for clubs in Connecticut, South Carolina and Dublin, Ireland. Fergus has had the privilege of working under Coach Steve Smith in Florida, where he honed his skills in GreatBase Tennis Education. 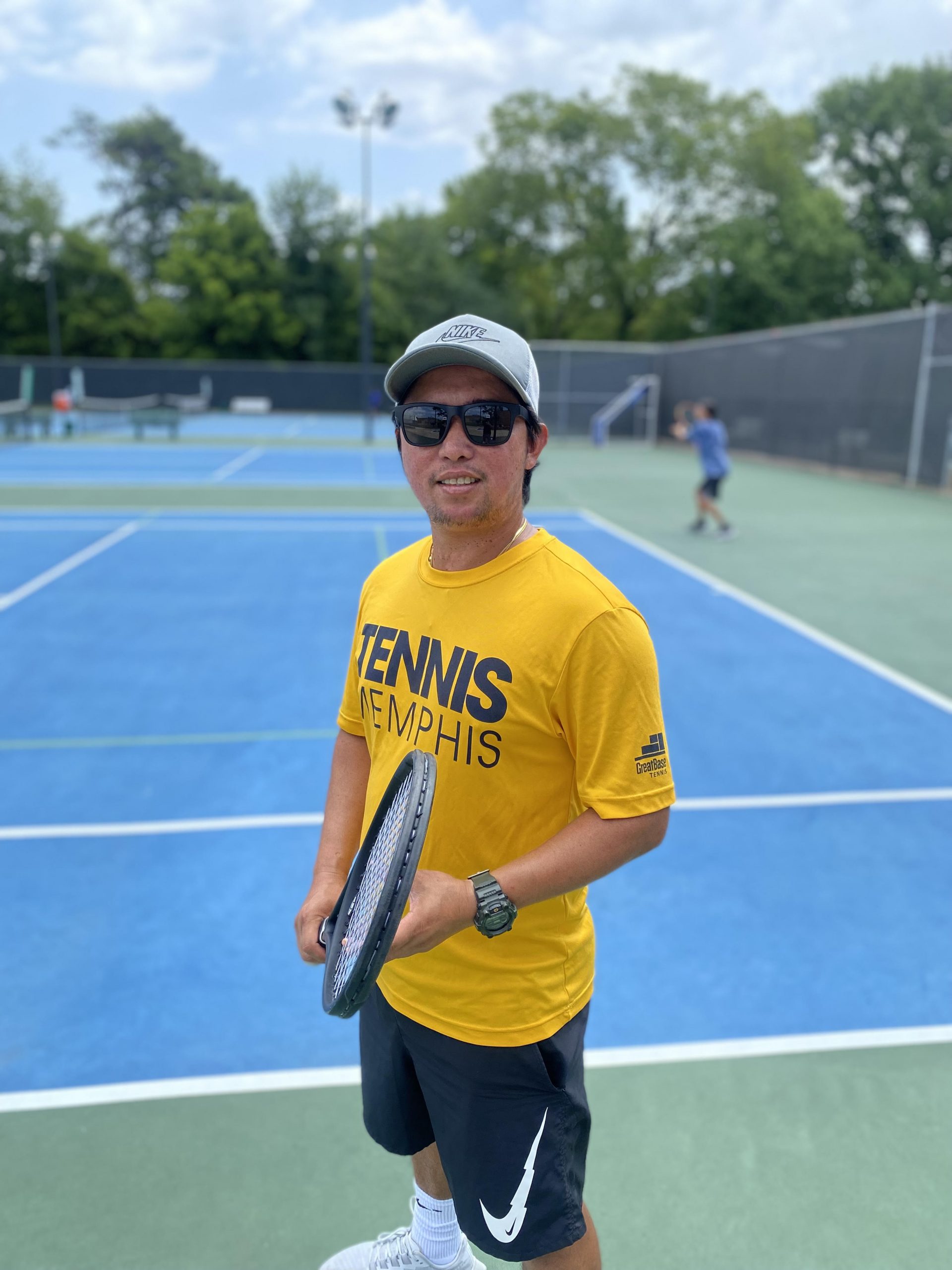 Edu has been teaching tennis around the world since 2008. Previously, he has coached tennis to students in Indonesia, Oman, the Philippines and South Korea. 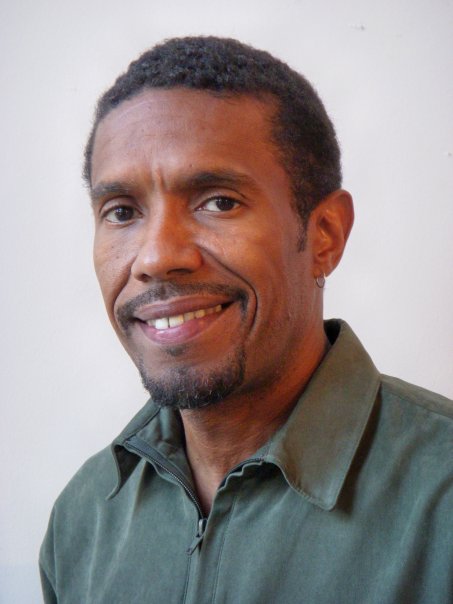 Arnold Thompson
Director of Outreach and Community Development
athompson@tennismemphis.org
(901) 596-0637
Arnold is a certified USPTA elite teaching professional with over 20 years of teaching and coaching experience. He has been with Tennis Memphis for 10 years – serving in a number of capacities with the organization – including summer campsite director, director of programs, grant writing and strategic planning. He is currently responsible for numerous grassroots programs and developing strategies for consistently growing the game of tennis in Memphis. Arnold loves teaching tennis to all ages.